Click here to edit the Social Media Links settings. This text will not be visible on the front end.

Celebrating 45 years of Reinheimer Ranch, the gateway to Ketchum 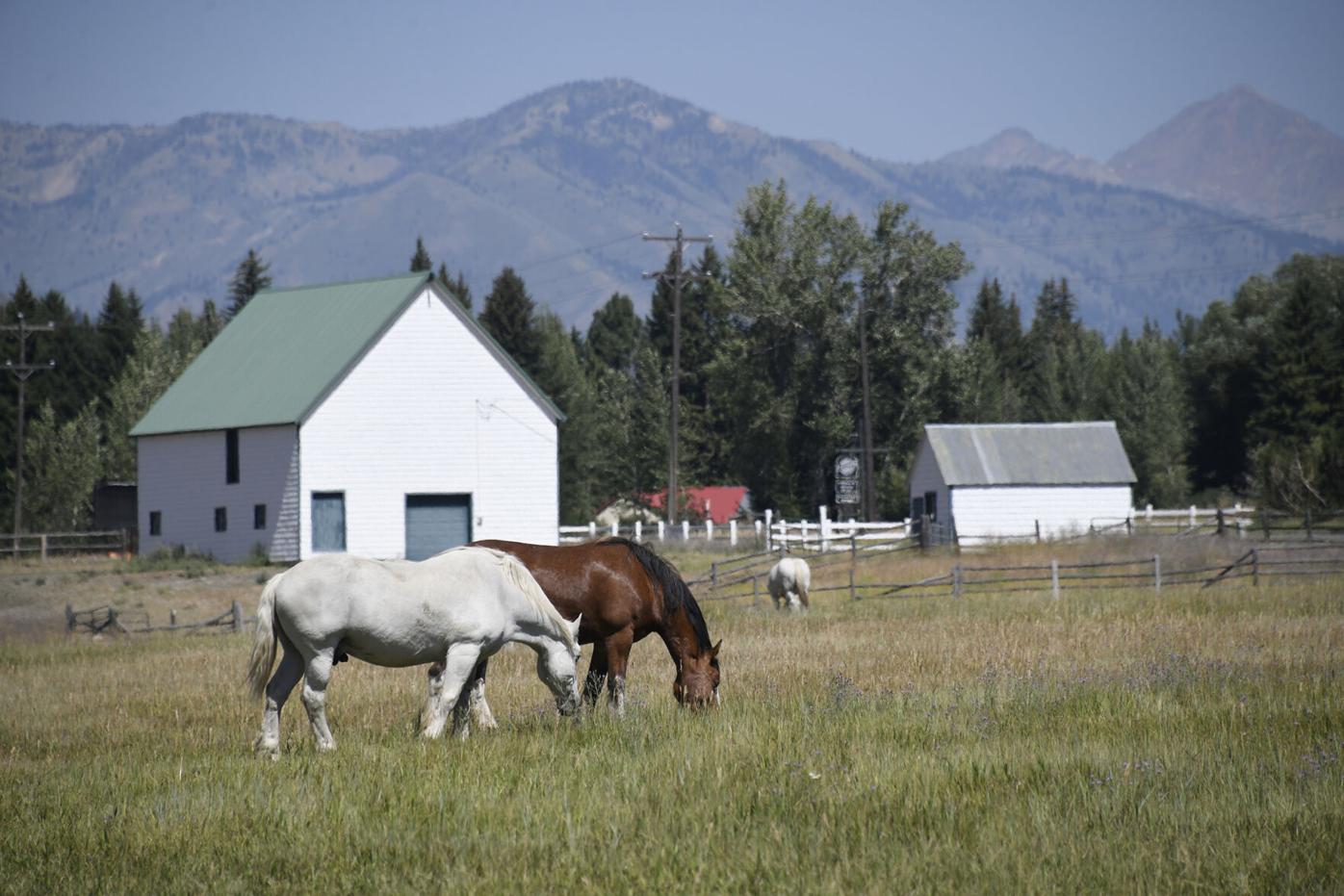 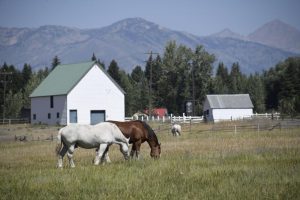 Since 1977, the Idaho Foundation for Parks and Lands has stewarded the iconic open space

It’s hard to imagine a gift of land that might be more meaningful and significant in Ketchum/Sun Valley, Idaho. The iconic Reinheimer Ranch, with more than 110 acres of open space and pasture lands, greets visitors as they approach Ketchum on both sides of state Highway 75. The pastures are often occupied by draft horses and wildlife—foxes, coyotes and elk in particular.

The late Eleanor Reinheimer gifted the property to the Idaho Foundation for Parks and Lands in 1977. Eleanor and her husband, Howard, who hailed from New York, began visiting the Wood River Valley in the late 1930s, when Union Pacific Railroad and its Chairman Averell Harriman were just beginning to promote the area to Hollywood celebrities and New Yorkers.

The Reinheimers purchased the ranch in 1941; they often spent the entire summers in the quiet haven, especially after World War II, says Doug Bradshaw, the trustee designated by the Reinheimer Family to oversee the original 6-acre ranch house and barn property.

“They loved the Western culture,” Bradshaw says. “It became a unique and wonderful experience for them.” When Eleanor Reinheimer donated the property to the Foundation following her death in 1976, she specified in her will that she wanted the 110-acre property to be maintained in the same “natural state” that her family had enjoyed. The Foundation made sure that her wishes were fulfilled.

The scenic, pastoral property lies adjacent to the Big Wood River and the Wood River Trail, a paved bike path. The open space area owned by the Sun Valley Company on the River Run side of Bald Mountain adds to the natural setting as people drive into town.

Related Articles
Uncategorized Sun Valley Holiday 2022
Uncategorized Sun Valley to Host U.S. Alpine and Freestyle Ski National Championships PARK CITY, UTAH (October 10, 2022) – U.S. Ski & Snowboard confirms a two-year deal with resorts in Sun Valley, Idaho, and Waterville Valley, New Hampshire to host the Toyota U.S. Alpine National Championships and the Toyota U.S. Freestyle National Championships through the 2024 season. “Sun Valley and Waterville have a proven track record of hosting competitions […]
Uncategorized Make the Most of Your Labor Day Weekend How to Make the Most of Your Labor Day Weekend in Sun Valley Labor Day weekend often marks the end of summer. Here at Sun Valley, that’s something to reflect on and celebrate, because here there’s something to do in every season, and the closing of one opens doors for another… might be the time […]

Thank you for your inquiry.